It's Release Day for STEAM AND GLASS (A New Frost Novel)!

Hello, lovelies! Steam and Glass is live on Amazon for the Kindle and at Barnes & Noble for the Nook!

(Print copies will be available soon -- check back.)

And you can add it on Goodreads! 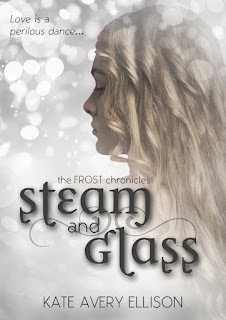 Ann has never questioned that Lia is the brave one between them. After all, Lia lives outside the village, side by side with the wilderness, close enough to hear the Watchers scream at night. Ann lives under the careful watch of her devious father, surrounded by luxury.

But then the cruel and mysterious Farthers from farther than the Frost invade, overtaking the village of Iceliss and bringing a mysterious agenda as they search the Frost for a device of power. With them comes a nobleman named Korr whose intents and loyalties remain inscrutable. Ann is drawn to him, for he has spent his life in the shadows too. She doesn't know if he is good or evil, but when she is arrested for treason, she's forced to trust him as she's taken from the Frost.

As a political prisoner in Korr's hands, Ann is tested beyond what she ever imagined, and she realizes she has more bravery in her than she knew.

PS ~ Book #1, Frost, will be on sale for a short time to celebrate the release of Steam and Glass. Share the news online! Tell a friend if you think they'll enjoy the series!

Thoughts about Steam and Glass:

So when I first sat down to write Steam and Glass, I felt a little trepidation, because Ann's story is tricky in some ways. I wanted to write it because 1) I knew there was a lot to Ann that never was fully explained or revealed in the main series and 2) I'd received encouragement from a number of readers to write another book about the Frost. 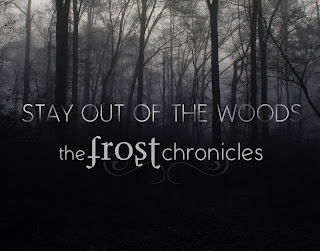 I had to puzzle out the best way to make Steam and Glass interesting to readers, because Ann is both quiet and also occasionally a little vapid, at least initially, but I knew she was much more than that, and I wanted to make sure her story was told in a way that did her justice.  In the first book she comes across as a bit of a fragile, prissy character who does a fair amount of crying and who is a little oblivious to Lia's needs and struggles, at least from Lia's perspective, but as the series goes on, you see her revealed to be a strong, sensible person. I wanted to explore that seeming contradiction. And man, once I delved into Ann's perspective, I found her fascinating to explore. I loved her dynamic with Korr, I loved her inner struggle, and I loved her cleverness. I found myself relating to her and admiring her again and again as she unfolded as a character. 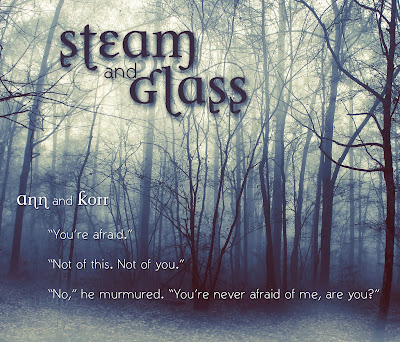 I hope you all enjoy getting to know her as much as I did. She's a lovely character and so strong. Thank you to everyone who suggested I write another Frost book, because I'm not sure I would have done it without your urging, and I deeply enjoying revisiting this series.

Email ThisBlogThis!Share to TwitterShare to FacebookShare to Pinterest
Labels: frost, steam and glass, the frost chronicles

Steam and Glass, Ann's version of the events of the Frost Chronicles, releases April 20th! 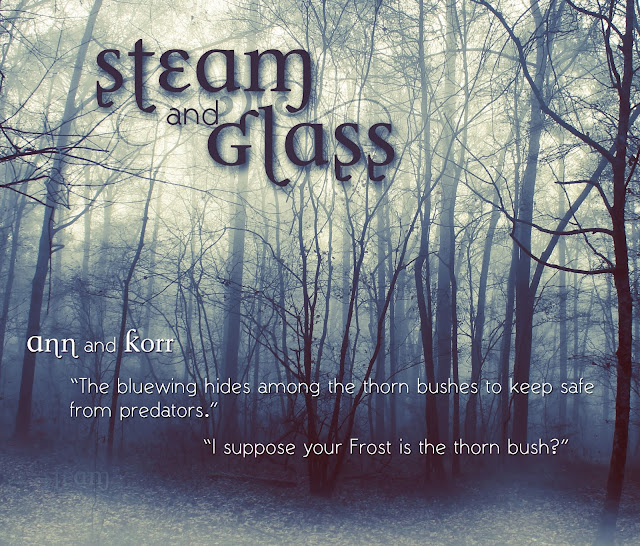 Posted by Kate Avery Ellison at 11:37 AM No comments: