The Kingmakers' War Series (A Gift of Poison) 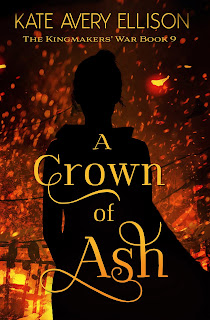 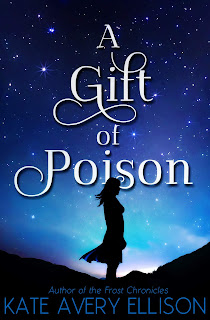 As the orphaned niece of a cruel lord, Briand has always survived in a harsh and unforgiving world of enemies and war by looking out for herself. She doesn't care about anybody else except her cousin, Bran--and she certainly doesn't care about Kael, the handsome young castle steward who reluctantly vouched for her to her uncle the last time she was in trouble.

When she's framed by the guards, Briand is set to be banished to the wildlands, a death sentence, and even Kael can't save her. In a final move of desperation, Briand drinks a vial of poison that can unlock hidden power--if it doesn't kill you.

Now Briand has the power to command dragons, and she's in even more danger than before. A band of rebels led by Kael wants to use her power to call up dragons to fight in the war, and dangerous cloaked men called Seekers--who have the power to make their victims tear their own skin off--are looking for her now that she has magical abilities.

Briand doesn't know if she can trust the mysterious, enigmatic Kael, but she doesn't have much of a choice anymore.

Oh, and there might be a traitor in the rebels' midst.

Buy A Gift of Poison (The Kingmakers' War Book 1)

A BED OF BLADES
(The Kingmakers' War #2) 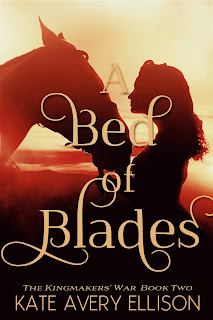 Briand Varryda hasn't seen Kael and his company of Monarchists since they succeeded in destroying the Barrow Bridge and thwarting the march of the enemy. She's been hidden away for two years with the Hermit, forgotten. But when the Hermit protecting her is killed, she flees, hiding among thieves from the insidious Seekers.

When another thief betrays her, Briand makes a deal for her freedom and joins another Monarchist plot with the enigmatic Kael to steal a legendary treasure from a dragon-infested cave. But there are problems. She might have feelings for Kael. The Seekers are pursuing them. The caverns rest beneath an estate of perilous dangers.

And Briand has secrets of her own.

Buy A Bed of Blades (The Kingmakers' War Book 2) 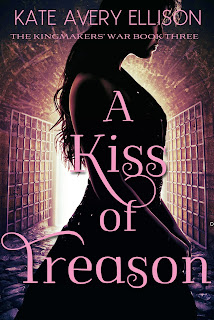 A KISS OF TREASON
(The Kingmakers' War #3)


Following another successful mission with Kael and his company, Briand is torn between two choices--should she disappear to protect herself or stay with her friends, even though she is not a Monarchist?

When she and Kael are arrested as spies and taken to the prince's secret court for trial, everything becomes even more complicated... the Seeker Auberon continues to hunt her in her dreams, Briand's feelings for Kael--and his for her--torment them both as they struggle to trust each other in the midst of secrets and conflicted political loyalties, and then there's a traitor among the nobility who has attempted to assassinate the prince.

Buy A Kiss of Treason (The Kingmakers' War Book 3) 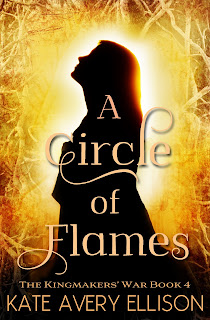 A CIRCLE OF FLAMES
(The Kingmakers' War Book #4)


Briand has been taken captive by her mortal enemy, Auberon. As he takes her to the capital city of Tasglorn, she schemes to barter for her release by attempting to cooperate... and learn what she can about her magic gift.

Meanwhile, Kael gathers old friends in a desperate bid to rescue her from the Seekers' clutches.

Briand thought the Seekers were monsters. She's surprised to find they are more human than she could have imagined. Sometimes she even forgets they are her enemies.

With her loyalties tested and time running out before her magic kills her, Briand must prove herself Catfoot yet again.
BUY ON AMAZON 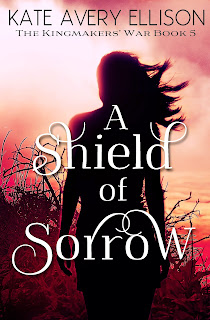 A SHIELD OF SORROWS
(The Kingmakers' War #5)

After a heartbreaking parting, Briand finds herself in the north, and Kael returns to the south...

Both are heartbroken. Both are hurt. Both are stubbornly determined to move on.

Briand seeks the guardians to find more answers about her powers and slowly builds up a reputation as a vigilante hero among the villagers, while Prince Jehn looks for a new home for the court in exile amid assassination attempts and the fevered arguments of his court.

When Kael and the prince find themselves in peril, who will save them? 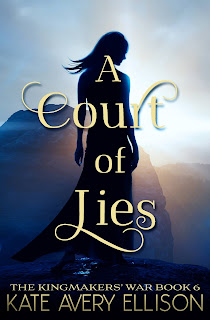 A COURT OF LIES
(The Kingmakers' War #6)


The war continues to rage across Austrisia, and the players in the battle for the throne continue to employ magic, trickery, and political intrigue in their quest to rule the land. In the north, Briand takes the splintered throne as Guttersnipe the thief-queen, longing for the man she loves despite everything that has transpired. Prince Jehn prepares for his marriage in a dangerous foreign court. Meanwhile, Kael assembles an elite guard from across the country... and makes plans to pay a visit to a certain fierce, tempestuous thief-queen.

He can't stay away. Even if she might end up putting a dagger th
through his heart. 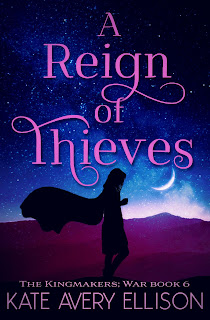 A REIGN OF THIEVES
(The Kingmakers' War #7)


In the north, Briand struggles to hold her ground as thief-queen against slavers and other threats in the wretched city of Gillspin. Meanwhile, her reputation grows as more and more misfits and orphans flock to join her alter ego, the Scarlet Blade.

Kael of Estria, Monarchist spy and now the captain of Prince Jehn's royal guard, must rescue the Monarchist refugees from Cahan's army.

Prince Jehn is locked in a battle of wits with the queen of Nyr, his wife in name only, whom he is secretly in love with. The queen, sometimes an ally and sometimes an enemy with her own agenda, has secrets that Jehn cannot decipher. As they battle for dominance in the Nyrian court, the consequences might prove deadly.

Loyalties will be tested. Love will be questioned. Secrets will be revealed. Hearts will be broken.

BUY OR READ WITH KU ON AMAZON 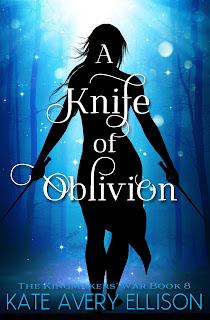 A KNIFE OF OBLIVION

Briand Varryda is presumed dead, killed by a vengeful dragon, but when a former enemy learns that she is still alive, he partners with Kael and the Monarchists to rescue the dragonsayer and bring her home.

BUY OR READ WITH KU ON AMAZON

Briand has a debt to repay to a dragon... and she still doesn't know how to swim.

Auberon has a new employer and a broken heart.

And with his new-found abilities, Crispin thinks he's the hottest thing since, well, since the feverbeet incident. Naturally, no one is taking this well. Least of all Nath.


BUY OR READ WITH KU ON AMAZON

HERE'S A MAP OF THE WORLD 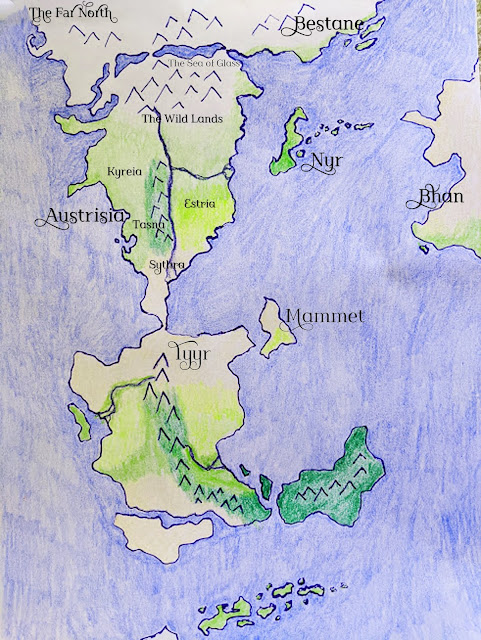 ~OTHER BOOKS SET IN THE FANTASY WORLD OF AUSTRISIA~

TIP OF THE DAGGER

Kael of Estria is a Monarchist spy, warrior, and loyal to the death to his prince. But sometimes, even the most loyal have second thoughts. 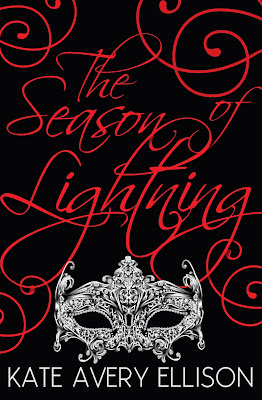 A SEASON OF LIGHTNING

Verity Elysius is the only daughter of a retired general and rich plantation owner. She lives in an insulated world of wealth and privilege, where she spends her time riding her horse, sassing her lady's companion, and being tormented by the family's handsome but irritating nobleman friend, Lord Roth. But when a mysterious, masked vigilante called the Hawk begins stirring up trouble and freeing "silvras," the oppressed, elven lower class, Verity's world is turned upside down as she is challenged about everything she knows about her world and her place in it.

Buy The Season of Lightning