Wow, it's been a long time since I've posted. I've been sequestered away, hiding from the summer heat like a vampire and writing books and bargaining with my creative muse. (She mostly responds to chocolate doughnuts.)

Lots of things in the works for fall and winter... Some I'll get to another day, but I wanted to announce that I've been writing a new YA thriller, ALL HER SECRETS, and you can pre-order it now! 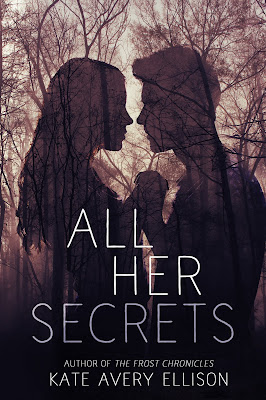 And here's the book blurb:


Nothing is as it seems in this psychological YA thriller set in a not-too-distant future.

A GIRL WITH SECRETS

Eighteen-year-old Victoria, the daughter of robotics genius Bill Faraday, is home from college for the weekend to confront her father about a secret he’s been keeping when she’s kidnapped out of her parents’ luxury mountain home.

A GUY FROM THE WRONG SIDE OF THE TRACKS

Eighteen-year-old Sam is just a poor kid from Valley City, but he knows who Victoria is as soon as his cousin Craig drags her from the trees. He doesn’t want anything to do with what appears to be a revenge kidnapping, but Craig has a gun and needs someone to take the fall if things go wrong.

A DESPERATE PLAN TO SURVIVE

Craig and his buddies imprison Sam and Victoria in an abandoned mountain cabin with the assurance that they’ll be ransomed soon. But weeks pass, and Sam and Victoria worry they’ve been left for dead. Putting aside mistrust for tentative friendship, Victoria and Sam conspire to escape together, and the close quarters and forced teamwork ignite a startling attraction between them. Then they discover strange cave tunnels beneath the cabin. And what they find inside the tunnels gets more and more bizarre.

With a plan in place to escape, freedom seems within reach. But unrevealed secrets from Victoria’s past are coming back to haunt her.

PREORDER HERE ON AMAZON
Posted by Kate Avery Ellison at 9:15 PM No comments: