In celebration of my newest release, A Kiss of Treason (The Kingmakers' War Book 3)

, I've made the first book in the Kingmakers' War series free for the week. 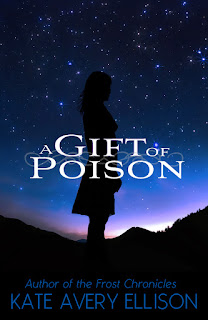 But hurry! The deal is just for this week.

Also, The Season of Lightning

is currently just 99 cents. That may only be true for another day or two, so if you want a copy at that price, get it now. 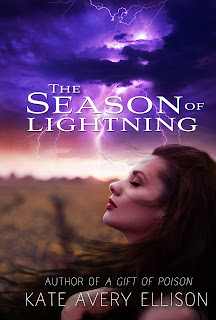 In other news, I'm working on the first draft of book #4 in the Kingmakers' War and I PROMISE you guys won't have to wait as long for that book as you waited for the last one. I am actually hoping for a winter release, so just a few months.

Happy reading!
Posted by Kate Avery Ellison at 8:38 AM No comments:

Email ThisBlogThis!Share to TwitterShare to FacebookShare to Pinterest
Labels: A Bed of Blades, A Gift of Poison, A Kiss of Treason, FREE book

Release day! A KISS OF TREASON (Book #3 in The Kingmakers' War) is available now!

A Kiss of Treason (The Kingmakers' War Book 3)

is now on Amazon! It's also in the Kindle Unlimited program if you read via that. 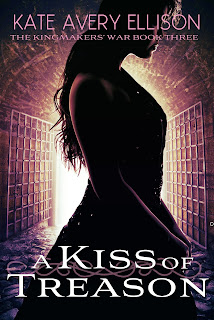 If you're waiting on a print copy, those will be available soon and I'll update all links when it's out.


Following another successful mission with Kael and his company, Briand is torn between two choices--should she disappear to protect herself or stay with her friends, even though she is not a Monarchist?

When she and Kael are arrested as spies and taken to the prince's secret court for trial, everything becomes even more complicated... the Seeker Auberon continues to hunt her in her dreams, Briand's feelings for Kael--and his for her--torment them both as they struggle to trust each other in the midst of secrets and conflicted political loyalties, and then there's a traitor among the nobility who has attempted to assassinate the prince. The punishment for treason is a swift and painful death.

And some people seem to think that traitor might be Kael.
Posted by Kate Avery Ellison at 8:48 AM No comments: